Invocation for Victory and Protection 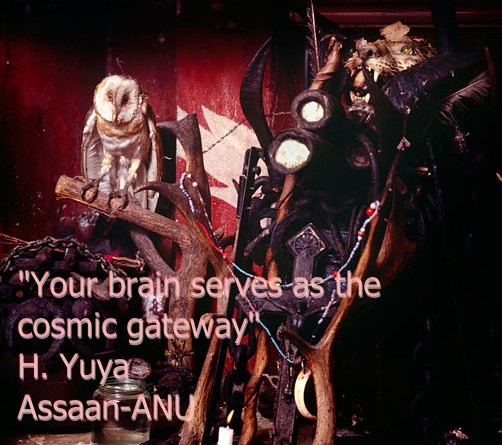 Invocation for Victory and Protection

Invocation for victory and power

Government shutdowns, the demise of the American dollar, the genetic manipulation of the nation’s food supply, the denigration of our elders , the hyper sexualization of our children, and the systematic destruction of the ecosystem.

During this time of global corruption and transition the Chief Jegna offers an invocation for victory and protection so we can strategically avoid opposition and be victorious if we find it.

When doing this invocation for victory and protection, always start with your ori. The ori is your highest self.

It is vastly more powerful than any orisha.  The ori is your piece of the Supreme Being and the orisha are charged with it.

Next invoke your Egun.  The Egun are your Ancestors, those that have transitioned.  Your Egun are still connected to the Earthly realm and therefore are an excellent tool for protection and manifestation.

Invoke them especially if you sense any Earthly energy trying to block you or you are dealing with a person to person situation.  The Ancestors speak to you in dreams so that you can innerstand the underlying meaning of the situation and correct it.

Now Esu is next in this order of invocation.  Esu the gate opener is critical because he can bring order to your life and disorder to the entity that is trying to block you. He will also give your word power strength if you are true to your word.

Afterwards it is advisable to honor Orunmila because October is his month. Orunmila is the energy of omniscience, wisdom and knowledge.

It is said that though Orunmila is not the oldest of the Orisha, he was there when we decided our destinies and will know when we leave the Earth, if we've realized those destinies or not.

Next, invoke the most powerful orisha Ogun.  Ogun is the analytic force of the galaxy. His nature is acidic and his military prowess and strength are unmatched. Ogun is the remover or obstacles and ego driven obstructions.

He will war against those who try to war with you and clears any obstacles that is in the way of to your victory.

To finish the ritual and to restore purity and calmness invoke Obatala. Obatala is the King of the White Cloth who represents omnipresence.

He is not an orisha.  Obatala represents your creative spark and ability to move beyond human thought into the way of divine intention and knowing.

When invoking him it is important to be somber and speak in a monotone voice or whisper.

This invocation for victory and protection is most effect with education and social and political awareness so you know where to direct your spiritual energy and how to move in the physical world.

To learn more about the offerings and the complete Invocation for Victory and Protection please listen to the BlogtalkRadio show on Live Ritual for Protection and Victory here: